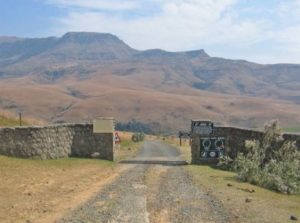 Injisuthi is in the northern section of the Giant’s Castle area of the Ukhahlamba Drakensberg Park. This hutted camp is cradled between the Injisuthi and Cowl Fork rivers at the head of the Injisuthi Valley. It is surrounded by magnificent scenery and is dominated by Cathkin Peak, Monk’s Cowl and Champagne Castle.

In Partnership with KZN Ezemvelo Wildlife, this magnificent location will be the home base for this adventure.

Participants may arrange their own transportation to Injisuthi. If transportation is needed to be provided by the KZNSSA, please indicate as such on your registration form.